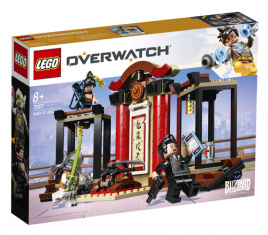 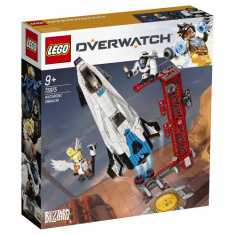 The Overwatch game has millions of fans all around the world. One of the reasons it's so populair is that you can really make the game your own. It is an internationally acclaimed team-based action game with optimistic, humorous, strong, futuristic storylines featuring a cast of diverse and very recognizable characters you immediately identify with. While the game honors each hero’s unique qualities, the real heroes are the players who bring the game to life by combining their imaginations to build the ultimate team for moving the payload with powerful abilities including bending time or defying physics. The LEGO sets and characters are there to inspire and pay tribute to the heroes of tomorrow, whatever universe they live in. Whether you collect the LEGO Overwatch sets for play or display, we hope you will be encouraged to make them your own. That’s why LEGO & Overwatch is a perfect match!